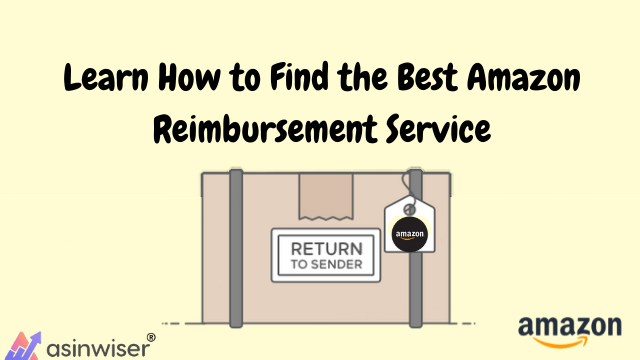 Learn How to Find the Best Amazon Reimbursement Service

By: Mary / Asinwiser / Comments Off on Learn How to Find the Best Amazon Reimbursement Service

Finding the best Amazon FBA reimbursement services to help you grow your Amazon FBA business while also safeguarding the value of your inventory may be tricky, especially with so many options to choose from.

Some of these discrepancies are due to differences in the amount of money Amazon owes you, the seller, for things like lost, damaged, disposed of, or destroyed merchandise etc.

According to Amazon, there are more than 6.4 million total active merchants. It’s possible that your listing will be taken up by someone else, and your product’s sales may likely drop. However, one of the worst things that can go wrong on Amazon is that you do not get your whole revenue.

Why Amazon Reimbursements for the Amazon FBA Inventory is needed?

•It’s conceivable that your items may go missing or be damaged at the Amazon warehouse. It’s also possible that Amazon may bill you for the wrong amount of money.

•Lost or damaged products in transit.

•If your inventory vanishes from the warehouse, you should look into it.

•Amazon may mix up the 2s and 3s in order amounts, resulting in an order quantity mistake.

•Take advantage of an Amazon FBA reimbursement software that you can trust.

What is the technique used to calculate the fair market value of a product?

When assessing an item’s fair market value, various elements are considered. These include, among other things, your sales history, Amazon’s average FBA selling price, the relevant Amazon grading requirements, the sales history of the individual ASIN, and the applicable tax rate. You can evaluate your inventory based on the worth of similar things in the database if we don’t have enough information to calculate the reimbursement amount for an item.

Charges are charged only when reimbursement has been received

If you’re a seven-figure merchant, Amazon has committed errors for which you are entitled money. You’re almost likely owed money at some time, even if you’re barely scraping by on five-figure salaries. That is why it is vital to choose a service provider that does not impose any upfront or monthly costs.

Reimbursement requests are written by hand

This is important! If you remember nothing else, remember this: the best Amazon refund service is one that handles disputes personally.

Amazon has repeatedly said that they do not want to accept automated claims since they are often low quality and inaccurate. There are, however, companies that can automate this process for you. They’re usually available for a monthly fee, and the whole process is computerized and automated, from discovering flaws to filing claims.

Consequently, Amazon finds such automated services not only irritating but also ineffective; as a result, it is suggested that you choose a service that handles claims manually.

Experience is crucial when it comes to the Amazon Claims Process

There are a few new options for companies that offer Amazon FBA reimbursement services, so do your research and choose the one that best fits your company’s health and performance.

the tasks you no longer have time to perform. That’s excellent news since it means your Amazon FBA business is growing.

To be clear, although VAs can do FBA audits, they may or may not be acquainted with the nuances of Amazon reporting and claim submission. Hence, it’s also important to remember that granting access to your Amazon seller account may jeopardize your Amazon FBA account. Unless the service provider is a member of the Amazon Service Provider Network, it is suggested that you carefully investigate any service provider that asks for access to your account.

In the past, Amazon FBA refunds have been expedited

Some newcomers have only been in business for a few months or weeks in the Amazon reimbursement market, and this means they’re unlikely to have experience with:

•Understanding the information required by Amazon for each kind of situation

•To accelerate reimbursement for support staff, claims are being pooled together.

•Checking to determine whether the charges are accurate and worth following upon in the first place.

Certain things can only be learned by practice. You are entirely aware of this as an Amazon Fulfillment by Amazon business. You may have listened to a few podcasts and attended a few webinars, but it wasn’t until you began your own business that you realized what you had been missing out on.

Because FBA reimbursement claims are complicated, it’s best to go with a company that has a lot of experience with them.

Refunds Manager, which has been in existence for nearly six years as of this writing, is the first FBA refund service.

What to look for in an Amazon FBA reimbursement service or solution?

•Identifying the audits that need to be completed

•Decide which of the statements is the most important.

•If you don’t meet these three conditions, you risk being penalized with missing discrepancies or jeopardizing the Amazon claim procedure.

•Attempts to take on new cases are being made.

•An Amazon reimbursement tool makes it simple to add new cases and watch their progress from start to finish.

Refunds Manager covers 19 different types of situations for FBA sellers on Amazon, including chargebacks that were not refunded and items that were lost or damaged while in Amazon’s warehouse.

It would be best to work with a company that regularly adds new situations to its list of service coverage alternatives.

To put it another way, the more items you sell on Amazon, the more inventory you’ll have to send to them, and the more products they’ll have to lose or damage. Getting money back for the stock is critical to operating a successful retail business, including online companies.

To avoid paying a percentage of recovered funds to a reimbursement software company, the most efficient way to recover this money, in my opinion, is to have a VA select the “low hanging fruit” and request reimbursements directly from Amazon and THEN use one of these software tools to claim any funds that the VA missed.

An intelligent software tool—Asinwiser— is what you need as an Amazon. It is an impeccable solution for all your needs, including product research,  competitor research, fba calculator and profitability calculator. 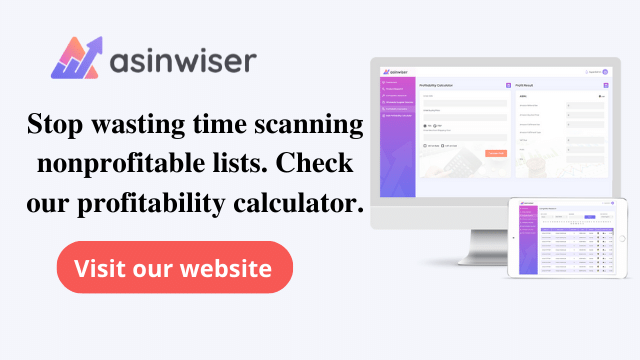